This novella is still in the final rewrite process - so if you want to influence the end result, now's your chance!
Top

Only one proofing note on the latest Vincent story:

Yorick was right, the two bundles of canvases did fit into the handsome cab <-Hansom? Or was it truly handsome?

I like these little (what I call) "nuts and bolts" stories. They are like side dishes to the novels; Not truly necessary to the story, but satisfying as explanations for how things came about in the novels. They fill in a lot of the little details that would make the mainline novels drag if they were included there.
Top

I came across this picture on Facebook. As this story is also about time travel and 19th-century impressionist painters, I figured I'd share it... 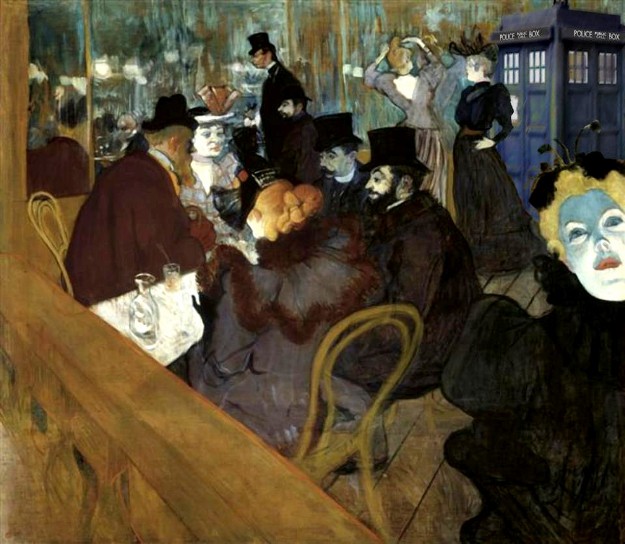 Hi Chris
It's been a while since I've checked the site so I was delighted to find the new story. I really enjoyed the idea that Vincent's lost canvasses weren't lost! The idea follows neatly on from Prince John's treasure, I guess that we now know that all of those Egyptian tombs werent raided by local tomb robbers, it was of course our heroes and their pesky time travelling foes bagging bits and pieces that will turn up on sale in the future. Just a thought, couldn't the Doc age the canvasses just by sending them back in time to a safe haven back in the 19th century?

How many more ideas for stories do you have tucked away? Are we likely to see more on the site on a regular basis do you think.

Users browsing this forum: 2 and 0 guests